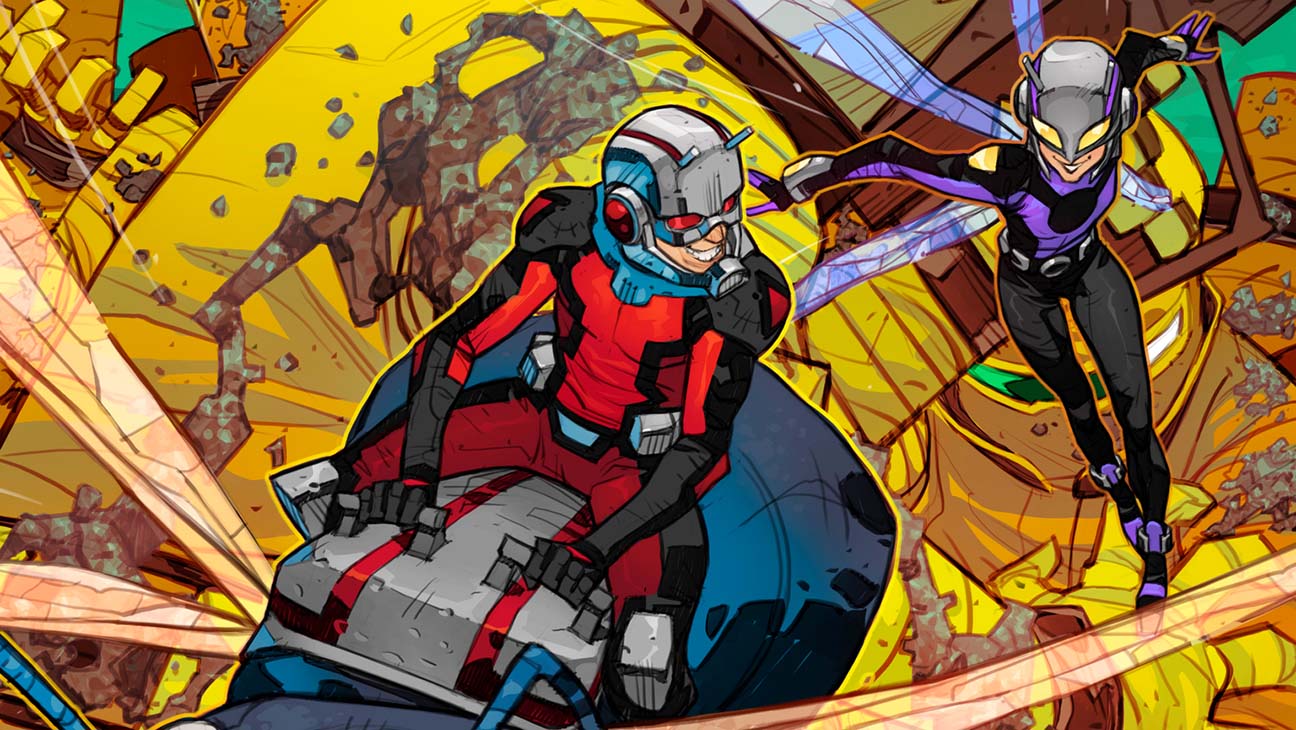 With Scott Lang now a household name thanks to not one, not two, but three different franchises within the record-breaking Marvel Cinematic Universe, this iteration of Ant-Man can still tell a compelling story in print as well as on the big screen.

When mainstream audiences last saw Scott Lang don the red and black Ant-Man suit it was to save all of creation from the would-be multiverse conqueror Thanos in 2019’s Avengers: Endgame, the culmination of an eleven-year narrative woven throughout twenty-two different cinematic outings. With the much-anticipated ‘Ant-Man 3’  still a considerable amount of time away, fans of the character will have to look elsewhere for their Scott Lang fix. Provided, of course, that they do not mind doing without the Paul Rudd likeness for the time being.

Is this miniseries, the final issue of which landed on the shelves of comic book stores across the world this morning, the cure for ant fever? In its small five-issue dosage, yes, it absolutely is. Picking up right in the thick of action we find Scott and his daughter Cassie foiling the plot of a band of drug mules, super-sizing themselves using patented Pym Particles to become Ant-Man and his current sidekick/partner Stinger.

We learn that at this current point in time in the Marvel comics universe Scott has found himself a little down on his luck, now being forced to live out of an ant hill in a garden in Florida because he cannot afford a place of this own. This is played as a joke with lovable consequences as we see him deal with annoyed ant roommates who would rather he take his problems elsewhere, but it also sets up the rest of our story nicely.

Desperate for work, the superhero kind or otherwise, Scott begrudgingly accepts a mundane job investigating the disappearance of local bees. After all, he is the ‘bug guy,’ right? Although Cassie is not impressed by his seemingly-low aspirations due to her being offered a place on the Kate Bishop-led West Coast Avengers, the job turns out to be more than Scott bargained for when Nazi scientist-turned-supervillain Swarm is revealed to be responsible.

What starts off as a classic good-guy-beats-bad-guy conclusion to the first issue, the startling revelation is made that other villains comprised of an insect hivemind have been hunting Swarm, namely newcomers Vespa, Thread, and Tusk. From here the story snowballs as this trio of monsters are revealed to be merely henchman of the deadly Macrothrax, who in turn is the pawn of a trio of insect gods who live in the Savage Land by the names of Phthira, Crematrix, and Ve’trock.

By the end of the fourth issue Macrothrax has bested both Scott and Cassie, stolen the latter’s helmet and used it to brainwash Phthira and Crematrix to do his bidding, starting with murdering the hateful and cruel Ve’trock. Oh, and also lead the stolen-Pym-Particle-enhanced duo on a rampage across the world in order to assimilate mankind into his twisted insectoid vision for the future of Earth.

On paper, the concept of this miniseries sounds ridiculous. In practice, however, it is a story that you cannot possibly divert your attention from. Zeb Wells has crafted a hilariously thrilling story that effortlessly shifts from Scott arguing with an ant to Hope facing a crossroads in her life, and then back to Scott again as he fights for his life against brand-new villains who will captivate your imagination.

This is made easy by the stunning character designs by Dylan Burnett who makes each of the villains grotesquely unique in their own way, as well as putting his own spin on the Ant-Man and Stinger costumes – Scott’s ‘bee suit’ in the first issue is a particular highlight. Throw in a well-timed series of cameos from the Avengers, Spider-Man and Black Cat during the half-way point of the miniseries and suddenly it all contains just enough low and high stakes action to make it required reading not just for fans of Scott Lang, but for fans of superheroes in general.

While we won’t give out any spoilers for today’s final issue, what we will say is that Wells and Burnett have crafted an excellent addition to the Ant-Man mythos for a variety of reasons. They have captured the trademarked Scott Lang brand of humour and comic relief effortlessly, as well as laid the foundations for future stories involving both himself and Cassie, who by now has well and truly become a superhero in her own right. Although the concept of this miniseries quickly gets out-of-hand and is by no means as small in scale as Ant-Man himself, they manage to keep it grounded by always paying dues to the human problems which plague the men and women behind the masks. While the miniseries could have probably used one extra issue to let itself breathe for a moment and flesh out some of the new characters a little bit more, today’s final issue has still left us chomping at the bit for Ant-Man and Stinger’s next four-colour outing.