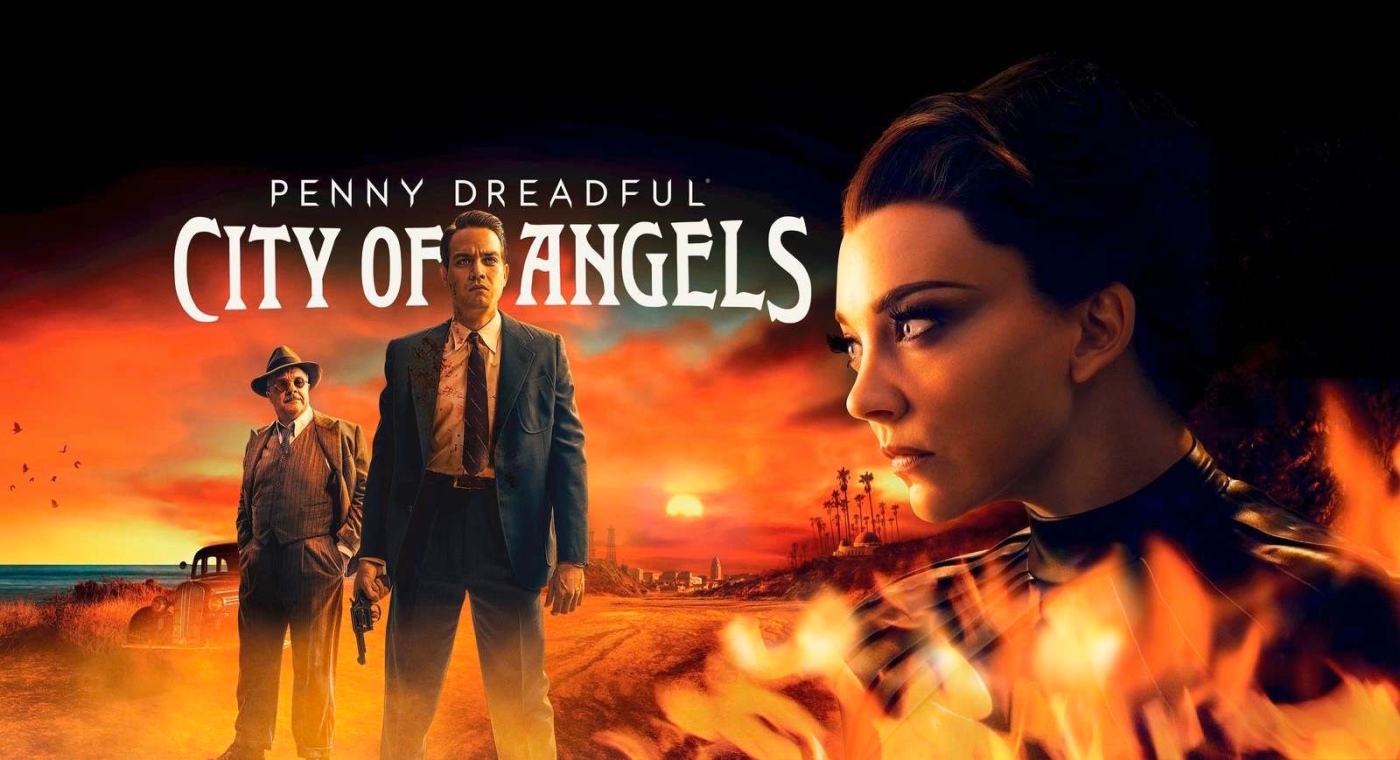 Riding high on the brand-recognition coattails of its predecessing original series, Penny Dreadful: City of Angels had a lot to live up to. Unfortunately, thanks to a sprawling plot which rarely satisfies, it fails in admittedly stunning fashion.

One thing is plain for all to see even just a couple of minutes into the series premiere – this show is beautifully made. From its direction, to its production design, to its creepy atmosphere bubbling just beneath the surface, on paper it should be a giant feather in Showtime’s cap to be applauded. For all its flash, however, the substance leaves a lot to be desired.

What connects a Chicano gang, racial tensions, a German war veteran, a would-be Los Angeles demagogue, and rocket science? Not a whole lot apart from Natalie Dormer and a proposed freeway, despite what this show would have you believe.

Playing each of her parts expertly well, Dormer is the common thread in this web of narratives. Primarily portraying Magda, the fictional sister of Mexican deity Santa Muerte who is an original creation of this series, she takes on several mortal guises as she stokes the fire of fury and discontent in a variety of different groups. But to what end?

The first handful of episodes are spent setting the scene, building all of the different pieces of this series into a house of cards so that they can be later knocked down in spectacular fashion. In hindsight this is a logical tactic, but in practice it made for boring television as a handful of irrelevant-to-each-other dramas play out in front of the audience with Dormer being the ever-present manipulator. Were it not for her impressively diverse acting these episodes would have been enough to turn away any viewer who was expecting a true spin-off to the Eva Green-led original series.

It is only around the halfway point of the season that any sort of traction is made, and by the time any significant action gets underway it is the season finale. What, then, was the point?

The fictionalised world that has been created in 1938 Los Angeles seems to have been done so to provide a social commentary rather than a pre-WWII gothic horror. Replace any of Natalie Dormer’s characters with a regular, ill-meaning human being instead of a malevolent entity and the results would be the same. Mateo Vega would still be enticed by the gang lifestyle after the assault of his sister. Councilman Townsend would still become increasingly power-hungry. And otherwise-caring father Peter Craft would still be nudged towards the ideals of the Führer. Granted the scheming Elsa and her hellspawn, the source of the only real horror in the show, do not so much nudge as they do recklessly shove, the message is the same nonetheless. People, no matter how noble their intentions, will go to the extreme when they and their loved ones come under threat.

The audience is treated to terrific performances from Daniel Zovatto and Nathan Lane as our buddy cop duo, as well as from Kerry Bishé, Jessica Garza and Adriana Barraza who portray televangelist Sister Molly, the young girl who runs away to join her temple and the Santa Muerte-worshipping mother who disapproves of such things. Were it not for these fine actors, along with Dormer herself, and the high production value of the series then the whole thing would be a write-off.

The overarching story may be interesting in the abstract and well-executed in some places, but a spinoff from Penny Dreadful carries with it certain expectations. Take out the supernatural element and replace it with ordinary people and there would be the makings of a fine television series. Instead we have a Frankensteined show which fails to thrill fans of horror and disappoints fans of character-driven drama.

Visually stunning and thought-provoking in places, Penny Dreadful: City of Angels makes big promises and then sadly fails to deliver. The applause-worthy performances of its main cast and headline star counteract some of the damage done by its conflicted identity and make it more than just passable – but not by much.