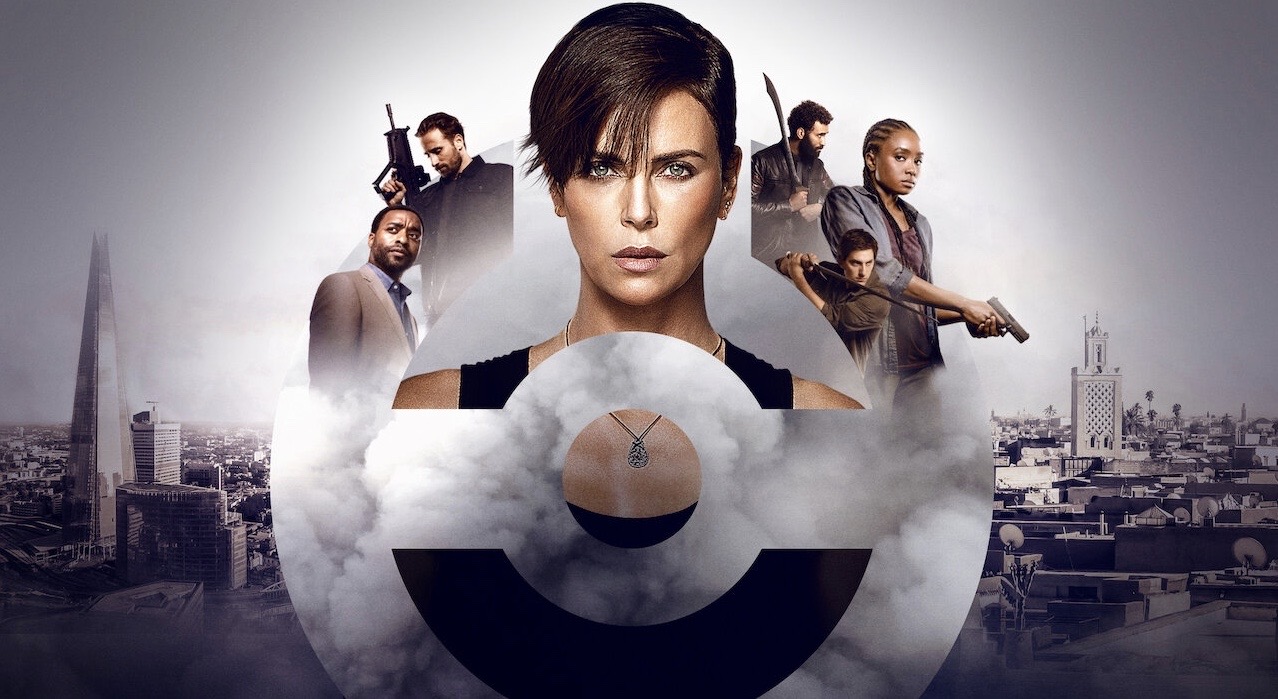 The latest sci-fi offering from the film division of streaming behemoth Netflix is equal parts engrossing and expertly assembled.

If your expectations for The Old Guard do not extend beyond yet another middling Friday night B-movie offering from Netflix then think twice – director Gina Prince-Bythewood hasn’t just broken the mould, she has smashed through it with aplomb. Based on the much-loved Image Comics series penned by Greg Rucka, The Old Guard is about a group of immortal mercenaries who have done their best to make the world a better place throughout history. Now in the present day, the first new immortal warrior in two centuries has unlocked her abilities and the CEO of a pharmaceutical company is hell-bent on obtaining their DNA in order to give modern medicine the kickstart it needs to become future medicine. With so many spinning plates in this film there is certainly a lot to unpack and not a lot of time to do it.

Yet somehow during the span of a two-hour blockbuster enough nuance and character development is packed-in to make this the most emotional sci-fi action thriller to grace our screens in a long time.

This is thanks to Prince-Bythewood’s expert handling of the impressive cast that has been assembled in front of her, as well as the heroic efforts of fight coordinator Daniel Hernandez and the tight screenplay provided by original writer Greg Rucka. All of these elements come together beautifully to give us a film which dedicates appropriate time to each character, allows them to gel onscreen as a unit, and contains some of the best fight choreography in recent years which does not need to rely on quick cuts to hide its shortcomings.

The particular strain of immortality which flows through the veins of our protagonists is akin to that of Wolverine’s abilities from the Marvel universe. Damage can be done to their bodies and kill them temporarily, however moments or minutes later they will recover and heal their wounds in suitably grotesque fashion. Putting a twist on the concept which prevents the stakes from being removed altogether is the drawback of this immortality eventually expiring. This is shown to have happened to other immortals within the history of this fictional world, and it is now happening to Andromache ‘Andy’ of Scythia, perfectly portrayed by Charlize Theron.

At the beginning of the film Andy is cold and distant, having grown weary over the centuries of helping mankind and seeing the world still be a hive of villainy. She is then drawn back into the fold by the lure of a humanitarian crisis offered up to her by CIA agent Copley, the impressive Chiwetel Ejiofar. This is revealed to be a trap set to capture the group, which then goes awry as we get a violent glimpse of what they are capable of.

From the very beginning the film is at full throttle, and within ten minutes the concept has been explained, the premise is clear, a taste of the action has been provided, and the audience is ready to enjoy the next two hours of their evening. But make no mistake, seeing the damage that these characters can sustain and inflict is not the only allure of this film – the characters themselves are equally enticing. Andy herself is the cautionary tale, showing what happens when years have gone by and eventually humanity means little to you after closing yourself off from it. Booker shows that watching your children grow old and sick while you are still eternally youthful takes its toll, and sometimes you wish that it would all just end. Joe and Nicky embody the benefits of immortality after finding each other, and an impassioned speech by Joe in the face of danger conveys their love beautifully. Finally, Nile is the eyes through which we see the film as adjusting to this new life is both scary and exciting, before realising that you will outlive your family and friends.

That being said, there are some drawbacks to this film. While the fight choreography is stunning and a sight to behold, it has a habit of sometimes being accompanied by a jarring soundtrack which tends to ruin the moment. These odd musical choices also make their way into other scenes, which unfortunately distract the audience rather than set the mood. Additionally, the villain who is hounding our gang of warriors is rather unconvincingly played by Harry Melling, who does not quite suit the role he has been given although he does put in a good performance like everyone else in the cast. There are also a couple of head-scratching moments throughout the film, such as the gang’s aversion to wearing any sort of body armour or protection. Yes, they can heal from their wounds, but it has been shown that they are still easily incapacitated by live ammunition. Wearing protective gear would surely help rather than hinder them, and its absence seems like an excuse to show off yet again just how badass they are.

Nevertheless, these gripes are minor in comparison to the triumphs celebrated by the rest of the cast and crew and can be overlooked in the moment. It is only really upon reflection that they stick out and prevent this film from being a flawless blockbuster.

The Old Guard manages to make its audience feel both compassion and exhilaration as its narrative balances both gory violence and heart-wrenching trauma. Although headlined by Charlize Theron and Chiwetel Ejiofar, the rest of the cast all rise to the challenge and come together effortlessly, making this an impressive ensemble action thriller which is certainly not expendable. With a satisfying conclusion and sequel-tease before the credits, The Old Guard will hopefully become The New Franchise to rave about.