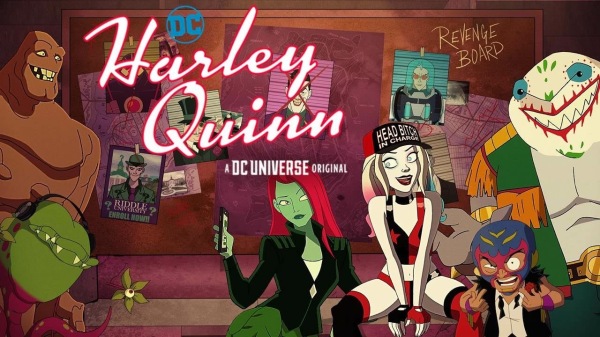 After a critically-acclaimed freshman season and the lovable villain now back to the forefront of pop culture thanks to the recent Birds of Prey movie starring Margot Robbie, Harley Quinn unfortunately fails to recapture the magic that made Season One so special.

After the first season of the successful animated series came to a shocking conclusion in February of this year, fans were delighted to discover that they would not have long to wait for more hilariously rude and violent escapades from Dr. Harleen Quinzel – a mere six weeks, in fact. With the Justice League incapacitated, Batman presumed dead and Gotham now in ruins, the scene was set for Season Two to take the metaphorical ball and run with it now that there were no more expectations as to what a ‘Harley Quinn show’ should be about. What unfortunately happened instead is a drawn-out narrative which takes twice the amount of episodes to tell its story than it should have to remain fresh and interesting, while also discarding most of the elements that made Season One so unique and popular in the first place.

The season goes on to spend its front half dealing with the villains who have now divided Gotham up into factions in the absence of any superheroes, while its back half revolves around the burgeoning romance between Harley and Poison Ivy and the unholy alliance which has been struck between Dr. Psycho and Darkseid.

While this all sounds suitably wacky and zany in nature, the show manages to resolve all of these issues with very few long-lasting impressions left on the viewer. Barring a satirical cold open in the Harley-free fifth episode which pokes fun at haters of Star Wars’ The Last Jedi and lovers of Zack Snyder, the second season is for the most part devoid of the key ingredients which made the first so delightful to sit down and watch every Friday.

Part of the charm of Season One was the gang haphazardly working together and gelling as a unit, but now their antics are a rarity rather than a regular feature of each episode. Dr. Psycho takes center stage this season as he returns to his truly supervillainous roots, but of Harley’s five male lackeys he is perhaps the most hated.

By the time this season starts to return to former glory in the last three episodes it is unfortunately too little too late, however, making the majority of the season wholly forgettable. With Season One remaining a hit and Season Two resembling a miss, hopefully a potential Season Three can carry on the momentum of the course-correction we were treated to in recent weeks.